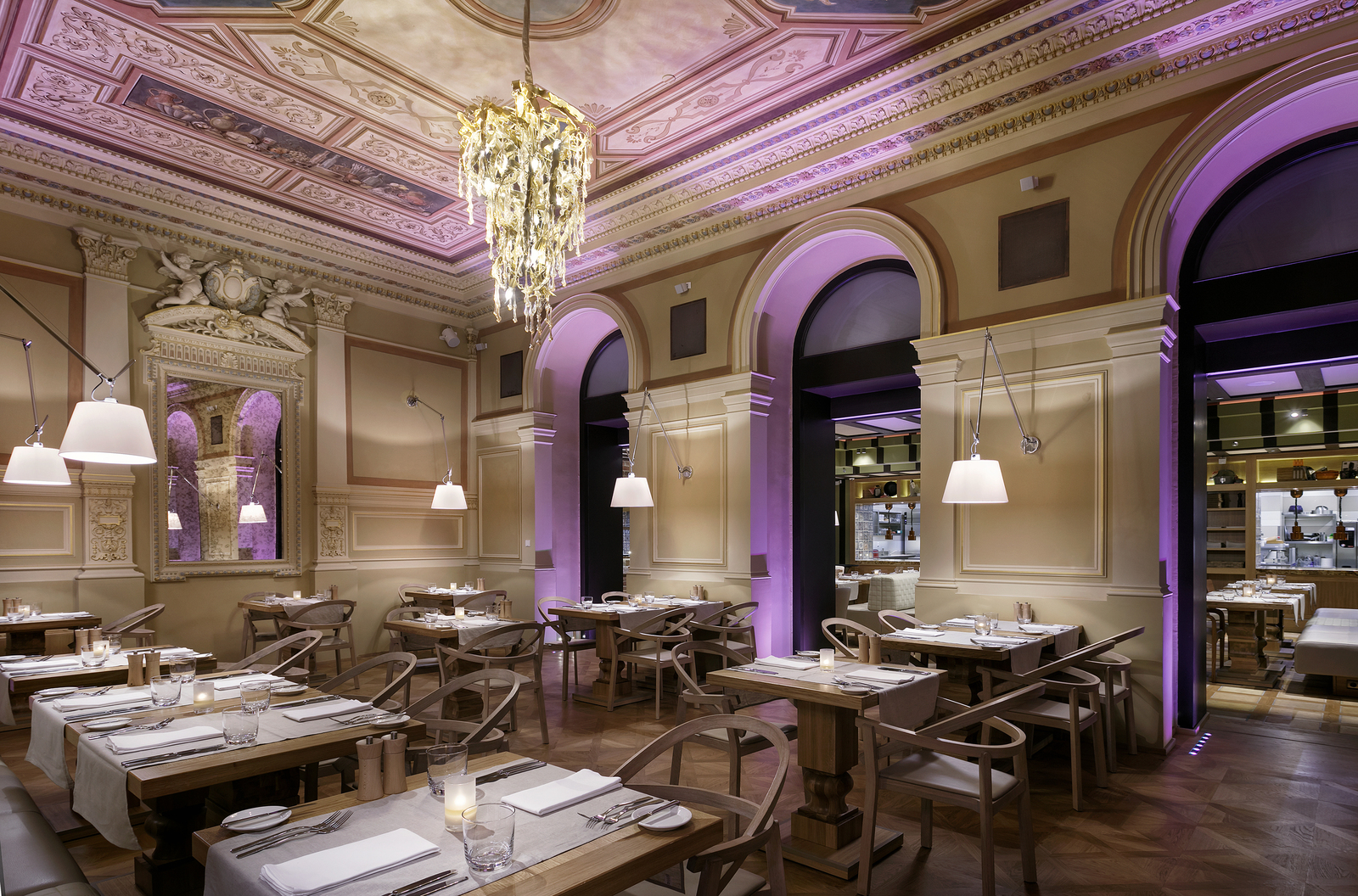 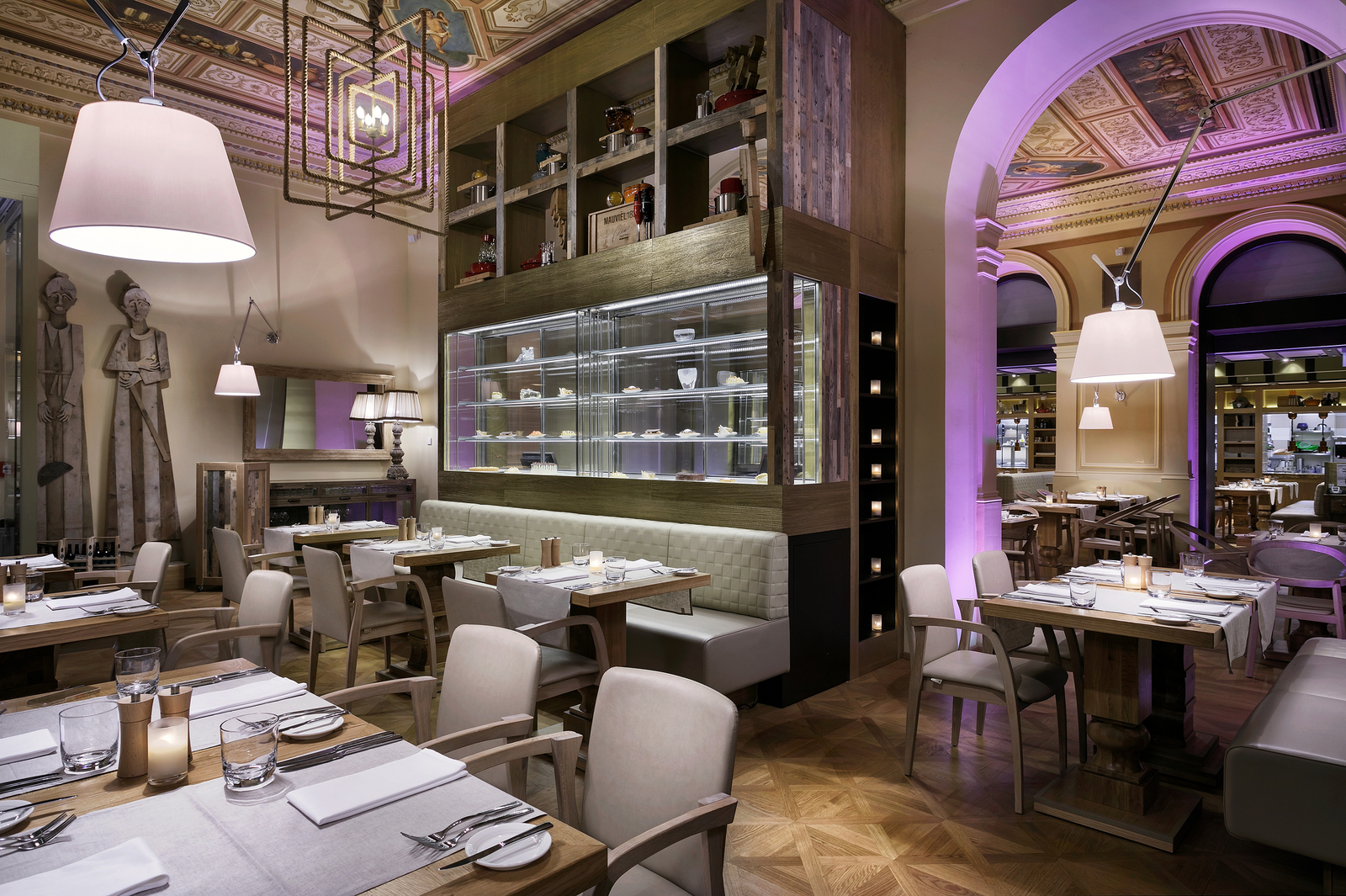 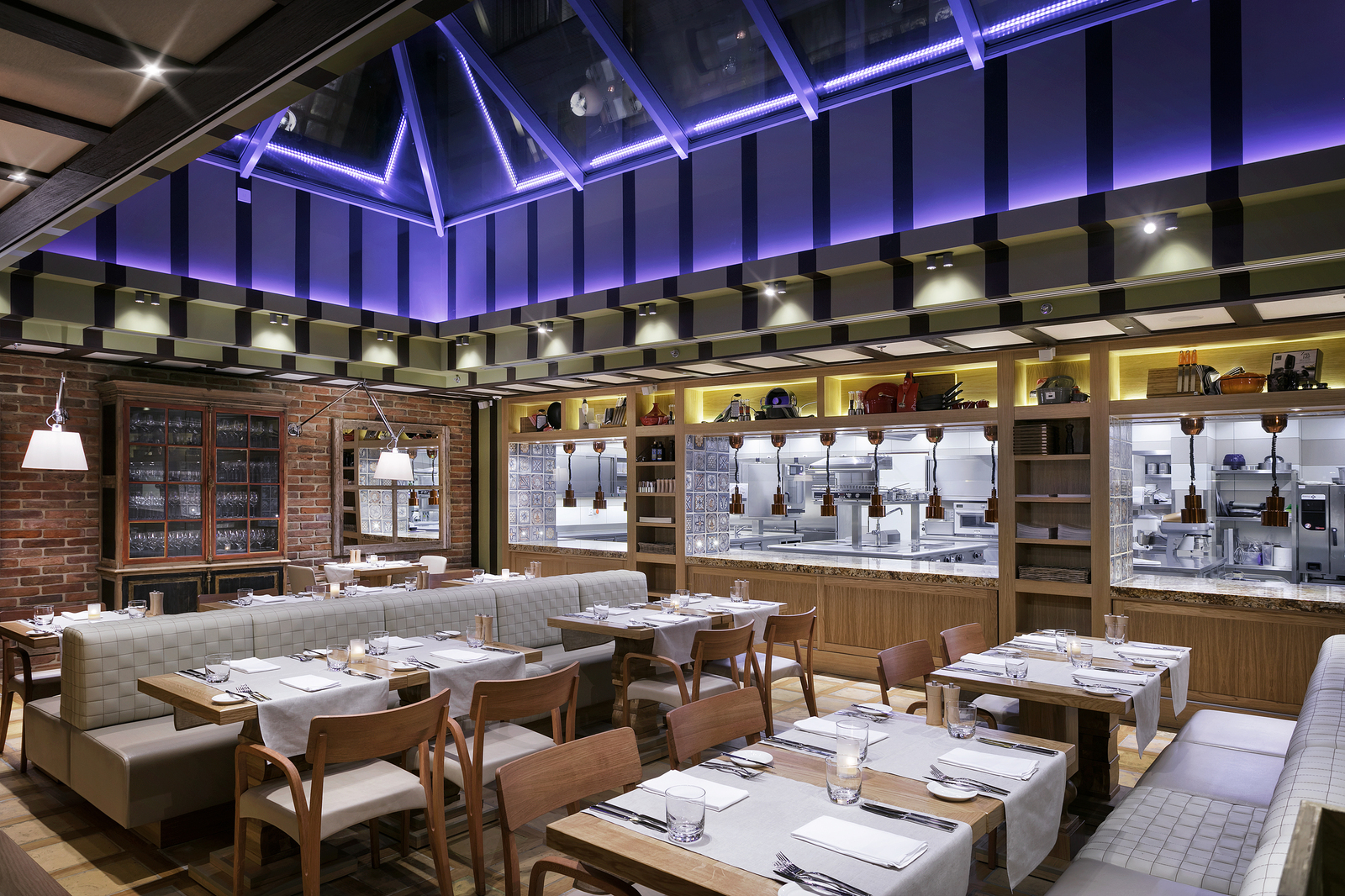 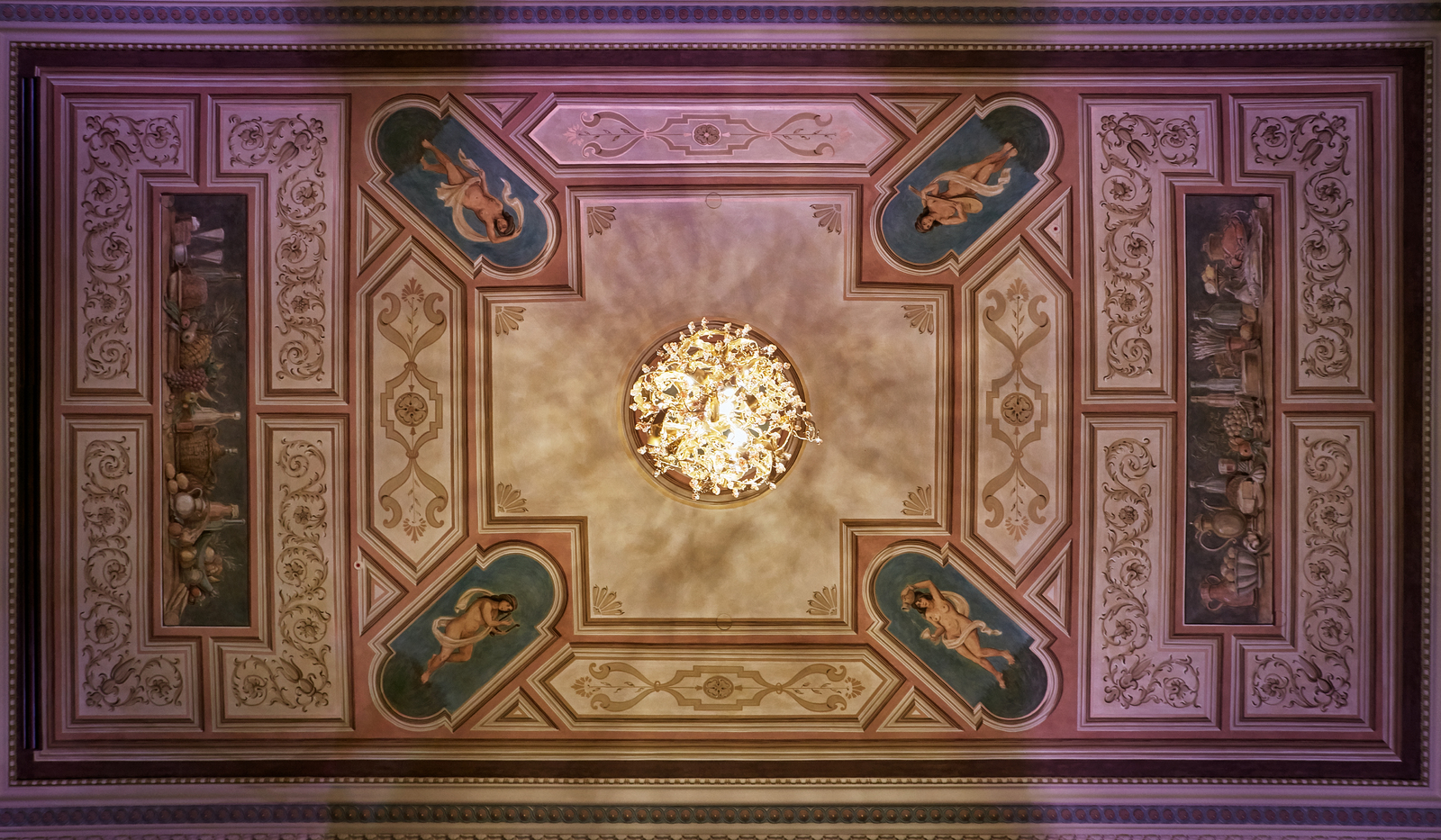 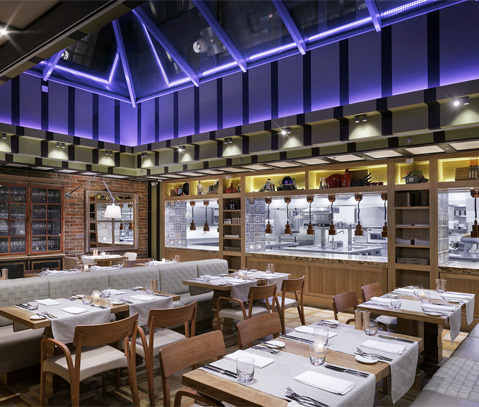 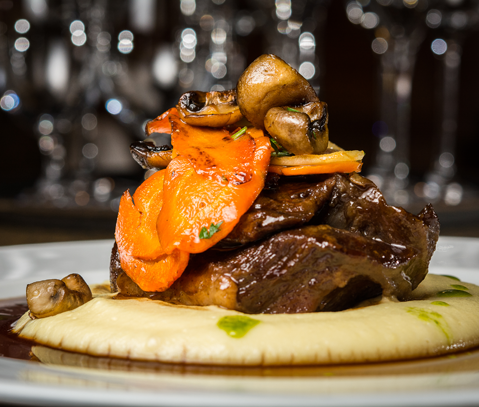 The Next Door restaurant, the latest addition by celebrity chef Zdeněk Pohlreich, is a new hot item on all foodies’ lists!

Italian architect Luciano Belcapo created this perfectly formed venue while accenting the original ceiling frescos from 1889. Settle into an exclusive front row seat and absorb the thrilling action from the open plan kitchen.

Top-notch food and drink in a stunning space – Next Door has become a real destination in its own right.

Our modern variations of Czech cuisine delight even the most expectant taste buds. All meals are strictly made of the freshest ingredients. You will just love returning for the seasonal variations! Next Door is a single destination for all day dining experience, from morning until night. 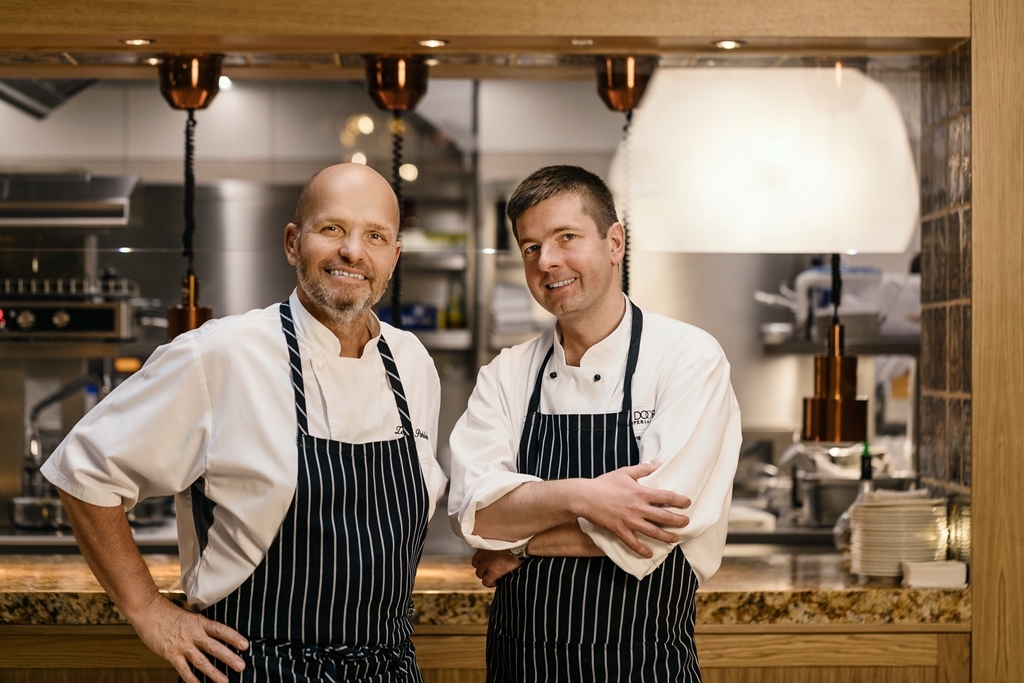 It is difficult to turn on Czech television without seeing Zdeněk Pohlreich hosting one of his shows or judging a competition. But he still has time to keep his four restaurants thriving.

Czech by birth, the renowned chef, best-selling author, TV personality and entrepreneur Zdeněk Pohlreich first learned to cook as a child under the guidance of his grandmother.

Zdeněk started his formal cooking training in his early teens. But with communist Czechoslovakia isolated from the rest of the world he chose to emigrate to the Netherlands in 1989.

He then worked all around the globe to gain experience. While he was in Australia, he gradually worked his way up becoming the executive chef of the renowned La Guillotine.

Now Zdeněk is back in Prague, where he is literally shaking the culinary scene. And here at the Hotel Cosmopolitan, you’ll get the chance to taste and savour his wonderful dishes. 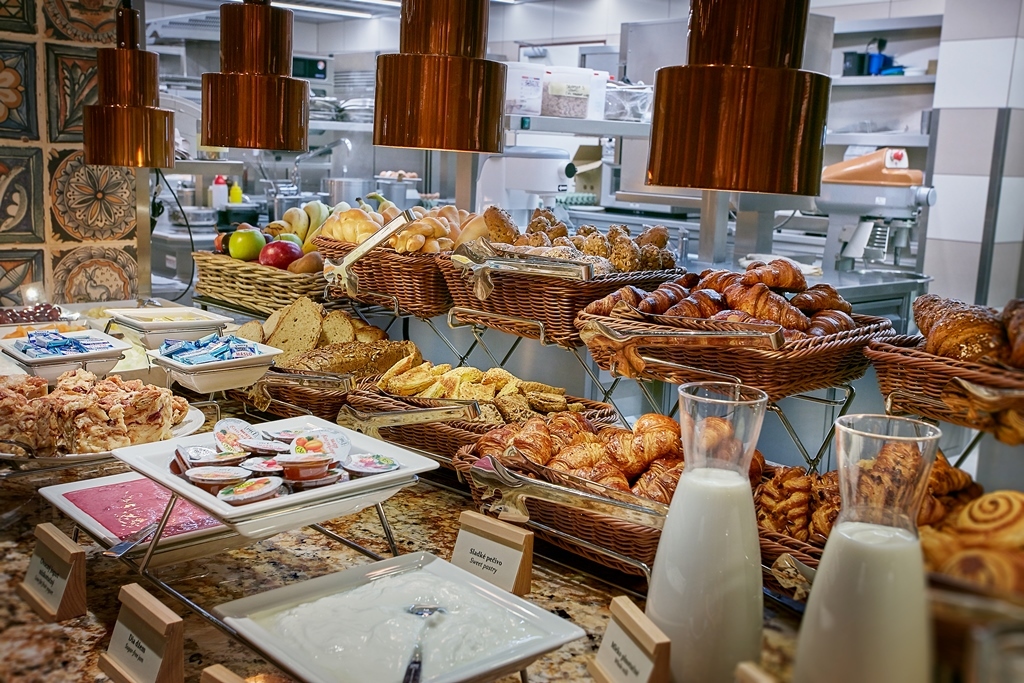 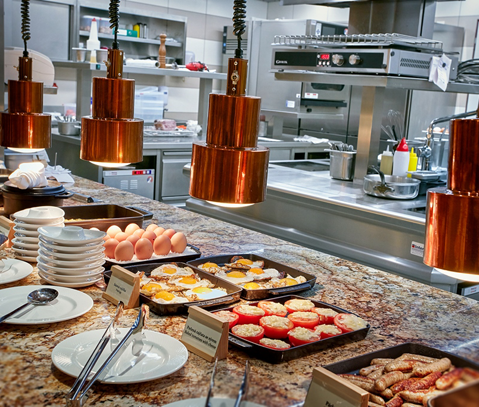 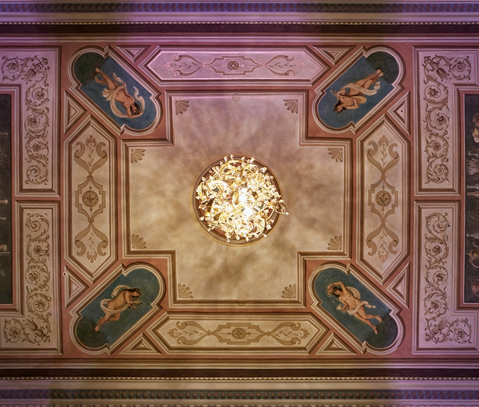 Get your day off to a great start with our delicious full American breakfast served at the Next Door Restaurant by celebrity TV star chef Zdeněk Pohlreich.

You can enjoy a wide selection of:

Are you missing anything? Please just let us know!

Did you book your stay without breakfast? No worries, you are always welcome – just come to the reception and the price of 395 CZK per person will be added to your hotel bill.

Enjoy your breakfast at the COSMOPOLITAN Hotel Prague.